Imagine you had a toothache. You went to a dentist who began to treat it right after you arrived. Once the appointment ran on for more than two hours, you started to worry. You took a chance to speak and asked “Doctor, what is going on, what is the cause of my toothache? What is taking so long?” And he said very calmly, “I don’t know. I just try this and that*, maybe something will work, maybe not. I don’t really know, mate.”

What would be your impression of this specialist? Would you visit him again for a similar problem? Or would you run for the hills and find someone else as soon as possible? 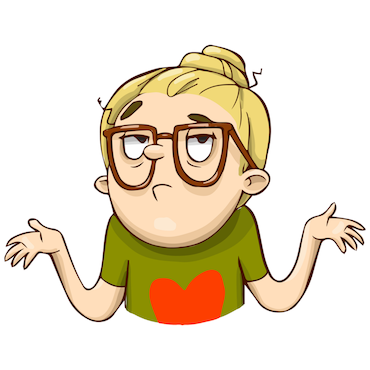 Never Say This At Work

“I don’t know”… I cannot count how often I’ve heard this phrase from different kinds of software development professionals, starting from junior developers all the way to the most serious, god-level architects responsible for making key technical decisions.

There’s nothing wrong with the phrase itself. However, such a claim is an indicator of either incompetence or laziness. Or both. So don’t use it yourself. And don’t accept it from others.

There is also a third reason that you might use “I don’t know”. Strictly speaking, sometimes it can be a polite response to a stupid or irrelevant question. But even in this case, instead of pretending that you don’t know the answer (that maybe doesn’t even exist), it’s always more constructive to point explicitly to the irrelevance of the question. More about this in a second.

So What If The Question Is Stupid?

To clarify the terminology, let’s call a question “stupid” when it is either irrelevant, or when it is relevant, but the one who asks it is expected to know the answer himself and didn’t even do any research before asking. He just decides that your time is less important than his and it is perfectly okay to distract you.

In this case, as I already mentioned above, instead of pretending politely that you don’t know, it’s better to spend some time explaining what exactly is wrong with the question and hope that such questions will never be asked to you again.

Why is it bad to pretend that you don’t know the answer to a stupid question (if the answer even exists)? Because the person who’s asking may not even know that he is behaving in such a non-productive way (e.g., does not want to concentrate on his job and distracts others). So why not help him to understand his mistake? This small investment allows you to not have this situation with the same person in the future.

But What If You Really Don’t Know?

What if you are responsible for an answer (say, you are in the position to understand the area or to take the decision), but you don’t know at the moment? In this case saying “I don’t know” is even worse than before.

I believe you have to say at the moment that you don’t have the answer, but promise to respond, say, in an hour. And don’t talk nonsense. If you really don’t know, don’t try to pretend that you do. Don’t waste everyone’s time.

There is a Russian proverb that says “There is no shame in not knowing; the shame lies in not finding out.” So just find out the answer by the deadline you set up for yourself.

What is the worst thing you, as a professional, can say? “I don’t know”! Forget this phase. Remove it from your lexicon. And please, if you hear me use this phrase even once, let me know.

If you are the one who should know the answer (and you don’t), use “I’ll clarify” or “I’ll get back to you”, instead of “I don’t know”, and then clarify indeed. Alternatively (if someone asks something stupid) you should say, “That is not important”, or even, “Try finding out the answer yourself before asking”, but never say, “I don’t know”.

* It’s not bad to try this and that. Actually, this approach works well. But you still have to have at least a little understanding on what are you doing. Otherwise you will most likely spend a lot of time and money, because there will be damage to the system and you still won’t solve the problem.